The new Bon4 chastity is available for a while so time for a review.

The chastity device came in a very nice pouch (bag see picture). The content was a large and a small cage, different size rings, two padlocks , some plastic locks enough spare parts so you can use your device for a long time. I told Mistress the device has arrived but the only thing she said was good put it away. I was actually hoping we would play with it but Mistress has different ideas.
After a week I didn’t think about the device anymore. Mistress send me a text message while I was at work. I want you in chastity put the cage on as soon as you are home and send me a picture when it is done. While I was reading the message and could feel myself getting hard just thinking about it.
As soon as I arrived home I took the cage out of the pouch, choose the largest cage and ring and prepared to be locked up. There is a clear manual in 4 languages enclosed so I was prepared. The key is lots of lube, first one ball then the other and finally the penis slipped through the ring. Now the cage, it was a bit of a struggle but after 5 minutes the cage was on and locked. I made a picture and sent it to my Mistress. The reply was simple, good boy you will be locked for 7 days. 7 days for the very first time, it sounds like indefinably for me. I could only reply yes Ma’am.
The cage felt fine, a bit strange not be able to touch myself but it doesn’t hurt. I watched one of my favourite shows on the television and was soon forgotten that I was locked up. Until I needed to pee, I sad down and it was really strange to pee like that. With a bit of paper I dried the cage and that was that.
Time for bed, I could sleep like normal until 4am I woke up in pain, my cock trying to get hard in the cage. There wasn’t really anything I could do, I waited until it was over and I could try to sleep again. The next morning I showered and put the water directly on the cage to try to clean it. First day locked up at work. It is really strange you constantly think that everybody can see that you are waring a cb. But nobody made a comment so it must have been just fine. Peeing is bad we only have a few stalls at the office and I they seem to be always occupied. Mistress ignored me the first days, that was really difficult for me. I was doing this for her and she didn’t even talk with me. I was horny, frustrated and in pain at night. Finally the fourth day, Mistress gave me her full attention, she teased me like she never did before. I was so horny, my cock tried to escape but could not go anywhere. At the end of the teasing session Mistress said I like you locked up, 7 days is not enough. Use a plastic lock so I know for sure you are mine and you will be unlocked when I say.
In the next few days I went through different emotions but at the end I felt so submissive and loved by my Mistress. After 13 days Mistress released me, my cock looked red and was sore. It smelled really bad and Mistress ordered me in bath before she would touch it. The orgasm she allowed me to have after all that time was so intense I would almost say worth the trouble.

After almost two weeks wearing the bon4. I can only say it is a good device to wear for a long period. During the day it is really comfortable to wear. It is soft so if somebody touches it be accident they are not alarmed by what they feel. The night are pure hell, getting hard is so painful so be prepared to loose some sleep over it.
I think when I am completely soft it is possible to remove it without opening. But I don’t think there is way to put it back on, so I didn’t try to get out. Mistress would lock me up for months if I tried. Long term wear is possible but a good cleaning every 2 weeks is needed. So at the end I like the device, it felt connected to my Mistress like never before. I am now not wearing it and I must confess that the idea of being locked up again for my Mistress is very excited.

Make sure you buy them directly from the manufacturer there are many cheap knockoffs but they don’t have the same quality: Bon4 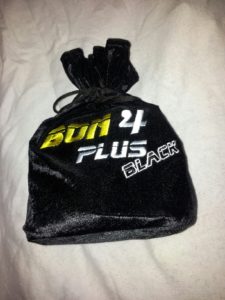 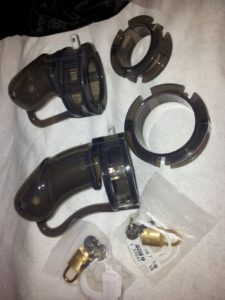