This just in from control tower…

The High Commandress of The Female Supremacy is pleased to announce the launch of Interrogation Bootcamp on Monday, March 18th 2013.

On what has been touted “A Day to Remember” two of the highest ranking Special Agents of the Female Supremacy were given the task to extract satisfactory confessions out of their suspecedt detainees.

The Hunteress and Lady Bellatrix, also formally known as Special Agent Hunter and Special Agent Bella have completed their task and the video surveillance has now been made public.

Their work is far from over as they continue to seek out and exterminate unwitting members of the “weaker sex” – the subspecies known as man.

The two Special Agents have been assigned to new covert operations, details of which are highly classified.

Stay on guard for more news and updates from Headquarters.

Interrogation Bootcamp is an on-going conceptual venture combining Orwellian inspired film noir, military role play, women in uniform and extreme masochism. In this ever evolving saga, Our two internationally renowned Special Agents hope to encourage support for the Female Supremacy and invoke fear in those who would otherwise defy its existence. 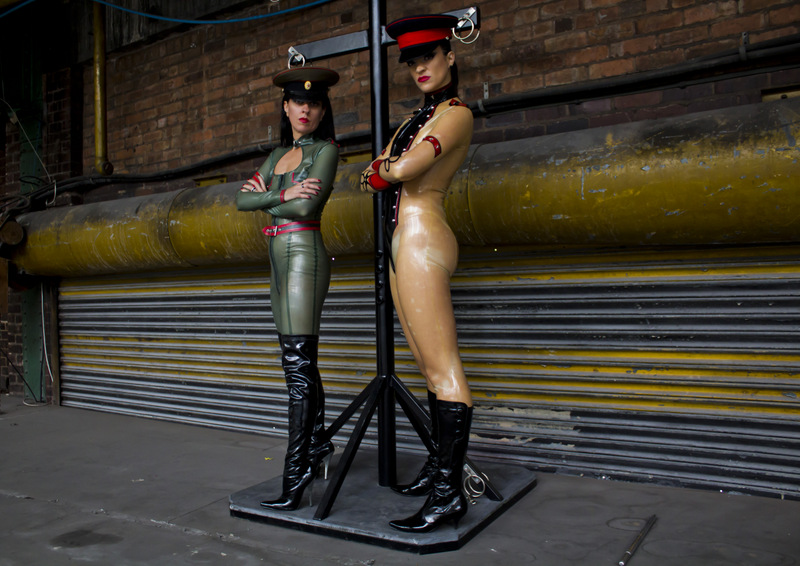